Foreign Exchange: how to Mitigate your Exposure 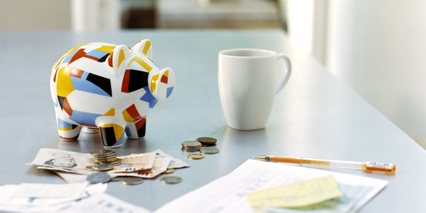 After the Brexit referendum in June, many UK-based SMEs have found themselves in a precarious position on the back of a weaker Pound regarding foreign exchange. An SME importing products from Europe had their costs increase by at least 22% at one point. This severely affects bottom lines and, in some instances, is fatal to their business. Let’s take a look at how you can minimize the effects of a weakened currency.

I’ve lost count of the amount of times I have been asked what will happen with various currencies over the last few months. Where will the Pound go? What will happen to the Euro? Everyone in the UK is concerned, and rightly so. 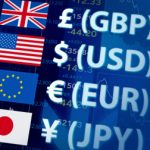 With so many factors at play, I can’t pretend to know the answers to these questions. The post-referendum economic situation in the UK is steeped in uncertainty. This, coupled with an indecisive Europe, creates perfect volatility.

While the circumstances surrounding the currency market can’t be forecasted with certainty, there are many tools one can use in an attempt to mitigate exposure to foreign exchange volatility.

Many companies with a foreign currency amount due at a predetermined future date use forward contracts.

This secures an exchange rate for an agreed time in the future for one or multiple payments on different dates.

By booking forward, you are obliged to buy or sell the currency at the agreed price, on a specified future date. You can fix the rate for up to one year in advance, thereby removing your currency risk.

Although a forward contract limits any potential upside gain, it allows SMEs to fix their mark-up and lock in their profit regardless of what the markets do. 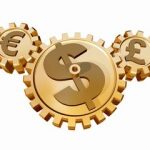 Companies with a shorter currency exposure could explore limit orders.

They allow you to set a price target above where the market is currently trading; when the market hits your price, your order is automatically filled.

A stop-loss order does exactly that: It stops loss. It allows you to set a “worst case” price to trade at below the current market level. Your order will be filled if the market drops to (or past) your protective price.

The Best of Both Worlds

Limit and stop orders are known as market orders. They are often run together as a combined OCO order (“One Cancels the Other”). The moment that your upper or lower price target is hit, your order will be filled at that price and the other price target is immediately cancelled.

OCO’s allow you to trade with substantially less risk.

Knowing your upper and lower limits mean that your risk is hedged or ring-fenced between the two upper and lower rate limits. This provides peace of mind and allows you to focus on your business knowing your currency exposure has been taken care of.

Split your gross amount up into a sequence of smaller transfers if your currency need is not time sensitive. This provides a natural hedge against some of the exchange rate risk and although the rate may move for or against you, the net effect becomes less.

Many business owners underestimate the financial value of seeking foreign exchange advice, but it most certainly is worthwhile having a conversation with a foreign exchange broker – regardless of your exposure.

With professional advice, you can ensure you achieve the best currency transfer outcomes for your business.

Sable International has helped thousands of clients, both private and corporate, with their international currency needs. Here are some examples of the needs of three of their clients and extracts of what they had to say:

Janet, a South African expat living on the Isle of Man was planning on relocating back home. She needed to remit her funds to South Africa in the most cost-effective manner possible. Janet had always previously used her bank for any foreign exchange requirements but her IFA recommended that she give our forex service a try.

This is what Janet had to say about our service: “I have always trusted my bank, but my IFA explained that they may not be able to provide the most cost-effective exchange rate.”

“Saskia at Sable International was extremely helpful and talked me though every step of the easy process. She set up a rate notifier for me and let me know if the market was moving against me. I eventually traded at a fantastic rate and the funds cleared into my South African account the next day.”

“After the transfer, my IFA worked out that I had saved over R168,000 on the exchange rate alone. Needless to say, I was very happy with the service and would highly recommend them.”

Paul has a small business that imports fine wines from all over the world. He had always used his bank for his foreign exchange requirements but he became increasingly unhappy with them. After researching online, Paul discovered us used us and now states:

“Just a short note commending Saskia and Sable International on not only the ease and user-friendly online service you provide, but also the non-existence of the “obligatory bank fee” I would have been charged. The entire process was painless and uncomplicated. …….”

After Paul had used us for six months we conducted a like-for-like comparison for him and worked out that Paul and his company had saved over £10,000.

Duncan owns a multinational marketing company with offices in multiple locations around the world. Their team have to constantly manage their currencies and exposures according to changing requirements. Before coming to Sable International, the company was using a bank for international transfers and had suffered several costly mistakes, primarily due to the lack of broker involvement.

Duncan says: “JDi regularly pay and are paid in Euros and US Dollars. Sadly, the banks in some other countries are not as organised as in the UK and that is why Saskia and Sable International have proved invaluable to us……..”

If you’d like more information on market orders, or how Sable International’s forex team can help you and your business grow, give Saskia a call on +44 20 7759 5401 or email her on saskia.johnston@sableinternational.com.

The only guidPlease see our our Privacy Policy page regarding how we collect and use your information.e you’ll need to navigate from start-up to running a small business.

You have Successfully Subscribed!